Angular is a great framework, there is no doubt in that. There is pretty much everything you would need when building a web application. One of the main things in applications like CRM, SAAS applications are user inputs.

Angular comes with a very powerful and fantastic forms module which can help in making super cool forms with validations are much more. All of us who have used Angular will have used the Forms Module for one or the other use.

As I've already mentioned, Forms module in Angular is a really awesome and servers most of the purposes. There can be a difference in opinion about Angular forms especially if the form is very complex.

Complex forms will always be painful!

But If you really know how to make use of the Angular forms, most of the cases can be tackled using the in-built Angular Forms.

There are basically two types of forms Angular provides:

Angular Reactive forms are great! If you haven't used it before, you should. It has a lot of awesome features that you won't get if you are using Template driven forms.

'Reactive forms use an explicit and immutable approach to managing the state of a form at a given point in time.

One of the major benefit of using Reactive forms is you can create complex forms without breaking a sweat using Reactive Forms. It is easier to design the form modals and deal with the data going in and out of the forms.

Here is how you would create a simple reactive form:

How to Create Reactive Forms

If you directly want to jump into the topic of the post, feel free to skip this section. I am just warming up post in this section.

You can create a reactive form without using the Form Builder like in the code snippet seen above. But form builder can be really helpful in grouping form fields inside your form. And we will be needing it while dealing with Form Arrays.

Let's break down this code:

I was always afraid of Angular Form Arrays until I actually started using it. When I started with Angular, Reactive Forms, Form Groups and Form Arrays were strangers and I always tried to ignore them in favor of Template driven forms. I used to use a lot of ngModels.

Form Arrays provides us a way to dynamically manage fields, meaning we can add to remove fields on the fly. Form Groups and Form Arrays are just a ways to manage fields.

FormArray is an alternative to FormGroup for managing any number of unnamed controls.

We will start with a very simple form array and then move onto complex nested form arrays and groups.

As specified, Form Arrays are used for managing number of unnamed controls. When we need a list of items, but don't care about the control names, we can use Form Arrays. You'll get some clarity when you see the code below:

Here in the above form you can see a songs field, which is a form array containing only a single control. We use the form builder to create an array of controls. The value of the form when filled will be something like this:

Now that we have setup our first Form Array, let's see how it is different from Form Group and how can we make dynamic forms using form array.

Scenario: We will take a form were the user inputs his Playlist Name and Set of songs. User can add or remove multiple songs to the songs array.

Now we will have two inputs for the songs form array and once we enter some value into the form, we will have the form value outputted as:

You can keep on adding new form controls into the array by calling the addSongs() method. Ideally this will be connected to an Add button on the UI which will allow the user to input more values if needed.

Now that we know how to add items to Form Array, let see how we can delete items from the form array.

This is how we can remove entries from the form array. We basically have to remove an item off from the songs controls array. We can use the removeAt() property on the FormArray to remove items from the array

Let us see what are the points that are noted when writing the template html. The distinct thing that can be seen here is formArrayName tag that is used in the div.

There are two things to be done for the form arrays to work:

3. Once we have created the children, we need to attach them to their respective form controls. We do that by assigning the index to the formControlName property.

Now that we have seen how to use Angular Form Arrays, lets dive more deeper into it using form complex forms. The above example is a very simple form which was used to familiarize how the Form Array functionality can be used.

We are gonna go through some sample scenarios and look how to properly design and implement complex forms in Angular by making use of Form Arrays and Form Groups.

Scenario: Lets stick with our Songs Playlist form itself, but this time instead of simply adding songs to an array, we will add albums to the array. Albums will contain array of songs inside it. We are looking at a form were we have nested form arrays. Let me visualize the data model in JSON:

The first thing we would want to do is to identify the files and model it out in the controller. This is how the form should look like:

Here you can see that there are two fields inside the Playlist Form:

The albums field is an array of Album Item which contains:

Here the songs field is an array of Song Item which contains:

As you can see we have an albums Form Array which contains another Form Array called songs. Both the arrays are containing multiple Form Groups.

Here is how the finished controller would look like:

Let us now breakdown the code method by method:

Firstly the parent form here is the albums form array. So we write a getter for getting the FormArray of albums:

We also write a method to extract the songs form array controls so that we can iterate over it in the template. This method is not needed, we can directly call the getSongsFormArray().controls to get the controls.

The albums form array contains a form group which has name, artist and songs. We can write a method for returning us that Form Group.

The songs field inside album is another form array which contains from group. So we also write a method to get us a song item form group

Next Up, we write methods for Adding and Removing albums. For adding an album, we just have to get hold of the albums form array and push a new control into it. You can see that in the push operation we are calling our getAlbumItem() method which is returning a Form Group.

For removing an Album Item, we have to grab the index of the control which needs to be removed. The template should pass the index parameter to the function and we can just remove the item off the form array.

Next we will look how to Add or Remove song items, we can write methods for adding a new song item and also one method for removing a particular song item. For adding a song item, we first need to specify to which album we are adding a song. We do that by providing the album index while adding the song.

While removing a song item, we have to specify which song we are removing and from which album we are removing it from. This means we need to pass two indexes to the remove method. One would be the album index and the other is the songs index.

We have just covered all the methods that we need when we are dealing with one level of nested form arrays.

Setting up the Template for nested Form Arrays

The hardest part is setting up the html for our form. This is hard because, the html can be a bit confusing. But once you understand the logic of writing the template to suit the form model, it is just cake walk.

I will try to make it as simple as I can. I have struggled during my initial stages when I started with Reactive Forms and Form Arrays in Angular. I also know how a beginner would see it when they first venture into the unknown grounds.

Lets get started on building the template. I am not gonna make the html flashy, just gonna keep things real and simple. I am also adding some styles so that it would be easy to distinguish the form arrays:

Lets break the code down!

Firstly we have two form arrays

Both of these form arrays can be spotted by following the fieldset tag in the template. The first fieldset is the albums array and the inner fieldset is for the songs array.

1. Add [formGroup] to the main form

2. Create a div for the parent form array and add the formArryaName property

3. Add another section which we will loop through and attach the index of the loop item to [formGroupName] using data binding. The items inside our form array are form groups, so we need formGroupName to tell angular that fields inside the section are part of that particular form group.

4. Now we have to nest the songs form array inside the albums form group. First thing you have to do to get this done in the first approach is to simple ignore that there is already a form array. Just follow the same what you did in the steps 2 & 3.

5. Now we create a section for the songs form group which loop through the number of controls present in the songs array.

We are done! Now if you go back and see the steps, It is exactly the same except we have changes the array names and the list of controls to be looped.

Form Array becomes very complex because of the nested html elements. The best way to get over it is to individually develop the form groups and them put the child form inside the parent. Or just follow a pattern and add some comments to that you don't get confused.

It is very simple and straightforward as you see here!

I've created a simple demo, which will help you see how the form is being modified when you add or remove entries to form array.

Thanks for Reading! Hope I took some pain away from you. 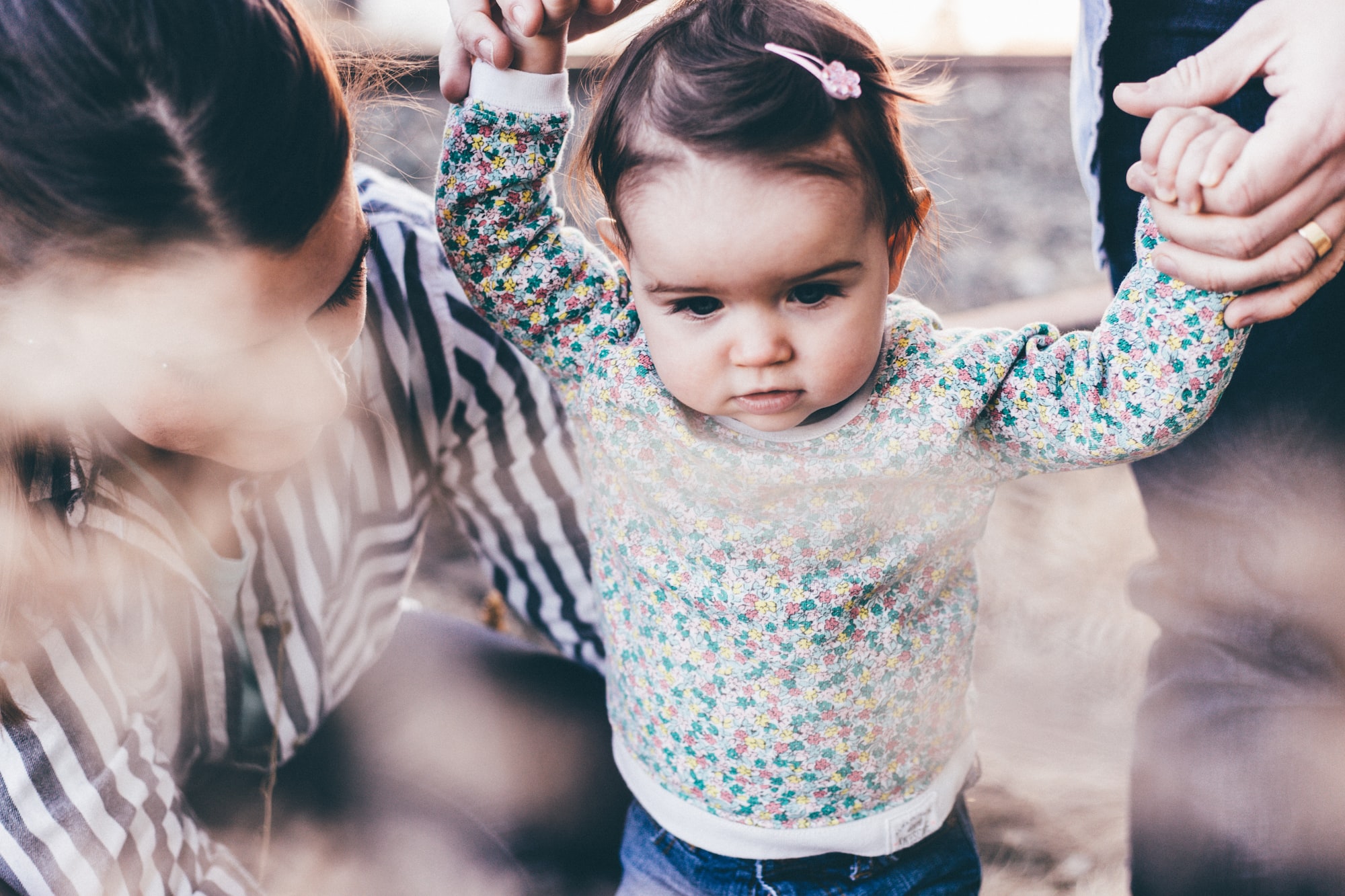 God yet another Angular for Beginners post? Don;t judge the post by the title. This is a journey of a guy who just knew HTML, CSS and some pretty